I'm upset right now so I didn't bother to search the forums for a thread similar to this. I'm sorry if this may seem to be a whine of sorts (well, it is) but this is a rant thread so feel free to rage on...ethically. Otherwise Valeria will close us.

How should I start this?

Today, the client I've worked for since May decided to end the contract. My job there was blog editor, writer, and a bit of photo design. What they used me mostly for is for editing of guest posts. They ended the contract not because it was a done deal but because they told me I wasn't what they needed. I initially found that weird.

I've been editing since I started work here as a writer and this is the first time a client told me I wasn't good enough. The feedback isn't there yet but hopefully it's good because AFAIK I didn't mess anything up. I worked with them 20 hours a week. They were paying me for my "entry" price.

Anyway, they decided to end and told me they did it because some of the articles I edited weren't to their standards. I understand that part but what I don't understand is how come they didn't communicate it with me despite all of us being online on Skype every day.

I was always talking to the co-owner of the site and he didn't seem fazed. In fact, he seemed excited to give me more work until December. Which is why this contract was a hard blow to me. Not only did they criticize my skills as an editor, they also laid me off on the spot without so much as a warning. The latter pisses me off much more. I can take criticism like it was my mother's kiss but to be cut-off on the spot? That's unprofessional behavior. It's power tripping.

Well, I didn't give them a rage feedback. I gave them a pretty good score because everything was fine and dandy until today. I enjoyed working with the co-owner as he taught me all these social media techniques and software to use. I apologized to them for my shortcomings a few minutes ago and it was heartbreaking since I grew fond of some of the team members.

But it's over when it's over.

On the plus side, I got three new contracts in less than 24 hours and two of them were willing to pay me my best rate at 40 and 10 hours a week. So maybe this wasn't such a bad thing after all. I could use some free time.

So, any of you guys want to hire an awesome editor/proofreader? LOL

I've been there, my friend. Things are going along and then "nope, you suck." LOL It's a hard pill to swallow! I think it ruins your week and then can affect your other work.

Just tell yourself that you did your best and you can't make 100% of people happy 100% of the time. In the real world, employees get the perk of businesses trying to foster a learning environment and building up confidence and being professional and all that. With freelancing, the customer can basically just say "you suck" and get rid of you. It's also part of being anonymous and no real relationship being built.

I'm sorry that happened to you, brother. 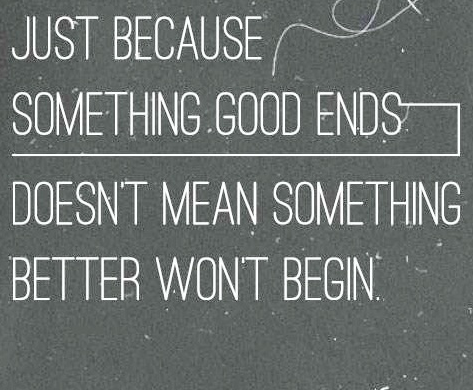 Well, it could've been worse. He gave me a 4.2 though I hope he didn't screw me over at the hidden rating.

@Jennifer: Thank you. I always liked your posts and this time I think really loved it.

@Nikhil: I couldn't have said it any better.

Guys, this is the official Rant thread so if you have complaints on whatever life brings you just write them here

After seven years of freelancing... I don't feel like continuing anymore.  And nothing, even high paying contracts, can stop this weird sense of spiraling down into the void. Kill me now...

@Robert, no problem. I don't think a lot of people in our real lives understand the struggle.

@Marissa, I get like that sometimes. I don't know your area of expertise, but for me I know it's time to go and interract with people. Take a short contract where I'm with coworkers and not always customers. Coworkers = friends. Customers = constant criticism.  Do something that takes you out of the house regularly. Go outside. Take a walk and think. The sun is good for moods. Do something other than sit in front of a screen stressing out.

I was actually thinking about a virtual office. Force myself to go to a real office. The problem is that I'd want to take my dog. lol

@Jennifer:  Thanks much for the advice... well, like you.. I have a dog. Well, make it two. They are what's stopping me from working in the office 'coz I don't have anyone to take care of them if ever.

I love dogs too but when I lost my last two (they were sisters, died 4 months apart due to dumb heart worms) I just couldn't get myself to try and have another dog. I was too heartbroken. The last two were the dogs that I took care of for at least 12 years and I'm 25 so that's almost half of my life!

But you don't want to be depressed. I mean, remember why you started. It's tough and it sucks but there's always a rainbow after the rain. Who knows? Maybe the next big client is waiting for you just around the corner?

Yes, these are strange days. After over five years in my field as a freelancer, of course I'm more experienced, skilled, and educated. Yet clients don't seem as thrilled with my work or personality as they used to. Most clients are being major tightwads and taking advantage of desperate, out-of-work freelancers. I'm maxing out credit cards and quickly going broke. I just took a job editing academic papers--which I used to refuse to do out of principle--because I need the work. It feels like I've secretly been blackballed, even though I'm aware that's not rational. Must be a lot of us in one big ball! There's no good explanation for the downhill slide ... other than all of the changes this year.

I know the best thing to do would be to simply start looking for traditional jobs again, but I'm not sure I can go back to getting up at the crack of dawn, trying to look perfect every day, commuting, dealing with coworkers, having to listen to who's having an affair with whom, and navigating general office politics. I guess I'd better be ready to adapt quickly!

@Marissa, I can SO relate!

@Beth: I hear you.. actually, I'm having the same feelings and gee, maybe I should start buying business clothes and all those office-appropriate attire real soon.  It's gonna be tough, especially when companies where I'm at are starting to lure me by offering me rates that matches, even exceeds, what I make in a month + employee benefits on top.  I guess, I have to really think about it seriously because there's really no going back - if ever..

Over the next few weeks you may notice changes to Job Search filters that include the option to filter jobs by an hourly rate range and filter for jobs requiring multiple freelancers.

We are excited to share a new offering to enable freelancer job referrals (beta). This will provide the option to refer another freelancer on Upwork when you decline a job invite.

Having a professional profile is essential to attracting clients, highlighting your skills, and winning projects. Come and learn how to make your profile stand out on Upwork!