Cor blimey, you guys, for a first timer this is kind of scary

Welcome to the rock, man. The average person hiring on these places are just as crazy as the freelancers. I stick to businesses. My quality of freelance life went up after I avoided the blaaahgers.

RE: Cor blimey, you guys, for a first timer this is kind of scary

Daniel. Just had to LOL at that. Heard that phrase last in the 'Mind your Language series'

.These threads are just people's own 'humble' opinions . Your reality/situation might just be different.

So I see this translating gig that looks quite good and apply. I get a message asking me to fill in an application form with all my info, plus cv, plus references and contact details. Oh, and they want to verify my qualifications.

Well...hello! I have been out of the 'official' job market for over 15 years! And I finished my 'official' education in 1986 (Yes I am that old). Seriously, if my profile and job feedback is not good enough, pass on over. I do not work FOR someone. I work for myself. I offer my services to clients, but never work FOR them. I am my own boss and I like it that way.

Well put Irene. The tragedy is , sometimes the proposed reward by this 'fact-finding' clients is not worth the paper (or computer) they are put on.

It's enough to get you fiesty and uptight , but then you just want to say a polite no and concentrate on the right projecs.  Regards.

Well put Irene. The tragedy is , sometimes the proposed reward by this 'fact-finding' clients is not worth the paper (or computer) they are put on.

It's enough to get you fiesty and uptight , but then you just want to say a polite no and concentrate on the right projecs.  Regards.

Yes, I hear you. But what is disturbing, is the form to be filled in looked more like a job application form to a company outside of Upwork....there was even a section asking how you would like to be paid...and Upwork was not listed as an option.

Now, as enticing as that may be, I like being paid via Upwork. It is the only little bit of job security there is! Besides that, I take it to be in violation of Upwork policy, and though I may bitch and moan and yeah, even rant at and about Upwork on occasion, it is the platform I use for work, and I am kind of attached to it. It is a question of I MAY moan about my family, but its MY family, and I don't like it when others try screwing them over, know what I mean?

This client has been screening me since July 23. He asks a question or make me do a small sample and I do it immediately. Then he replies 2 days later.

I showed him one article sample. It's about the many benefits of improving your diet and one of them is how it "slashes your hospital bills".

He tells me (paraphrased): "I'm not sure yet if you have what it takes to write like a native. Most of your writing seems to be good, but there are subtle things that a native wouldn't write this way:"Slashes your hospital bills". This is something that sounds slightly odd (because it's not referring to "what"), and doesn't fit the pattern of the other headlines."

Here's the article I posted

He's from Austria and he's telling me a native doesn't speak that way. I replied:

"I can change the tone and word use of my articles like changing clothes. For that one article, if you noticed it had a quirky/fun tone to it. "Slash your bills" is actually quite common if not native. They mostly use the term in infomercials. But if what you need requires me to stray from using these colloquial terms then I will definitely avoid it."

And attached this image 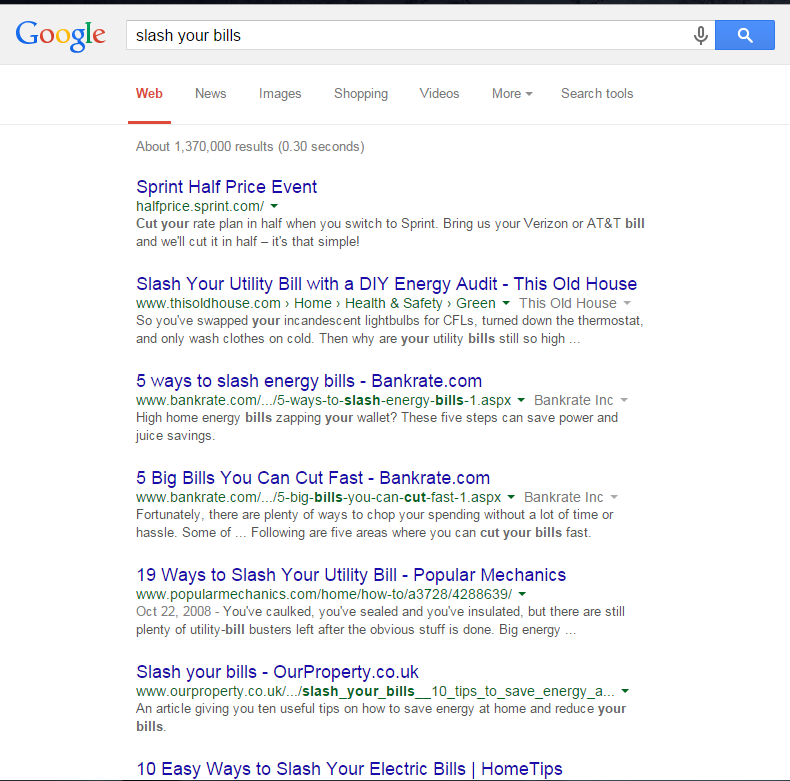 He replied again and told me this:

I  simply told him I understand and will avoid it.

It's not that I don't like criticism but it's been more than two weeks and I've had thoughts that this client is just making fun of me. I can always publish the samples I did for him on my blog (he didn't pay me) but I've wasted time anyway and I can't get that back.

THAT person, I think, is one I had a similar ordeal with. He questioned my English as I live in Africa. Ahm...I may LIVE in Africa, but I AM a native  English first language speaker, with the qualifications to prove it. Hell....I am a retired high school deputy principal (and worked an institute of higher learning)....WITH an English qualification (not a second language one, mind you!)

But the person was also from Australia...and what he actually wanted, was free work to 'prove' my ability.

Robert, what in the world are you doing???? A client has been messing with you, getting you to do free work for two weeks?

You are smarter and wiser than that. You are not an uninformed newbie.

Preston, thank you and I appreciate this. I also too had a lot of doubts and planned on withdrawing the application shortly after a week. If this was fraud, then let this be a lesson not just to me but to newbies as well.

I looked at how I can just sell the articles or publish them on my website should he not push through. The articles, they were only two, weren't anything difficult to do. It's not even worth any SEO points. Yes, I understand that this is bad client practice but I wanted to see where it was headed.

The client has the right credentials. At this moment, he's asking me to sign an NDA and needed information. I was wary of this but I've heard of similar "hiring requirements" in the past. I provided my name, birthday, city and country. I have a bad feeling about this but this is the only information he has on me. I won't provide anymore.

About the two weeks, I only gave him 2 samples but it took two weeks to complete. Again, they weren't "hard" samples. Barely took me 20 minutes to finish.

Here's how it transpired:

We exchanged messages up until what you see on my post. We then continued with him asking what my workload was and how many hours I can give the guy. I told him. He then proceeded asking autobiographical questions such as "Where do you see yourself in 5 years?" and asked me to elaborate why I didn't push through with my career as a food scientist and opted to go for a writing career instead.

After that, He told me the conditions of the job and that I'll be paid for training. He'll then call me and discuss the job but not before signing the NDA. It should be noted how this client kept saying things like "I don't like to repeat myself" and this was ticking me off.

It took almost 20 days. We both used the UpWork messenger so I can just use his words againts him if nothing comes out of this.

As mentioned, he has the right credentials so I figured this was worth it. He has active contractors and all.

Robert, thanks for sharing your story.

Let us know how it turns out.

To any newbies reading Robert's story:

THIS IS NOT NORMAL. Do not try this at home. 20 days of jumping through hoops is not a normal interview process.

(Personally, I have hired dozens of contractors, and I nearly always skip interviews completely and send hire offers based on cover letters and profiles.)

The client in Robert's story is DEFINITELY violating Upwork rules that prohibit clients from asking for free work. But Robert (curious about where this is going) is not violating any TOS rules.

Helpful Tips
Now is the time to act!
On the Upwork platform, we will continue to work to build a space where people of all races, backgrounds, and nationalities can tap into unparalleled work opportunities. Our voices matter. Our commitments matter. Our actions matter.
Learn More