2017 Upwork Future of the Workforce Report

Upwork recently released the 2017 Future of the Workforce report. This is an example of some of our efforts to broaden awareness and usage among (client) businesses that don't already use us.  Coverage has already appeared in Forbes and Staffing Industry Analysts.

This report is a compliment to our Freelancing in America study. While FIA sizes and explores trends in the freelance workforce, Future Workforce examines businesses’ hiring decisions and plans for the future, especially their increasing use of freelancers.

We surveyed over 1,000 U.S. hiring managers. Findings include: 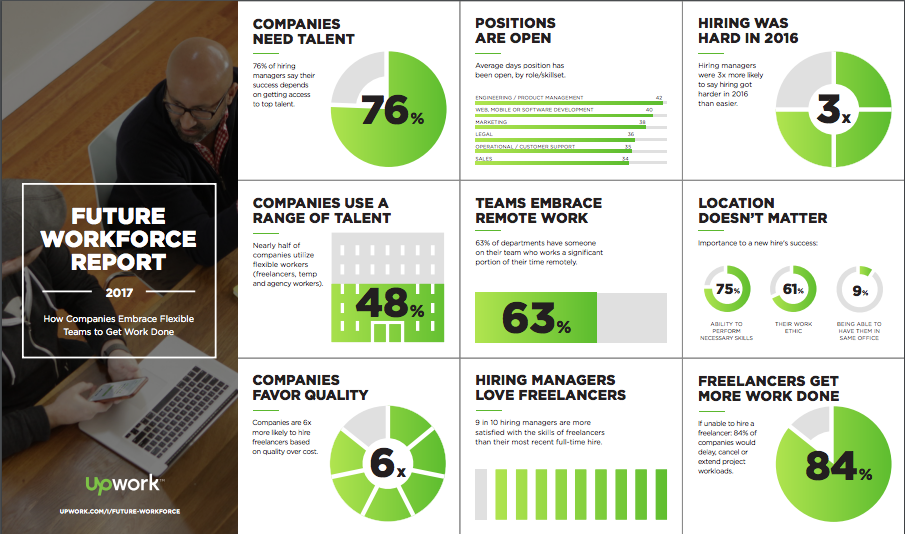 Where I can find the report?

Thnak you in advance.

You can find the 2017 Upwork Future of the Workforce Report here.

Thank you Lena for your quick reply.

I am doing a research project on outsourcing on a number of countries in Central Europe and Caucasus and am looking for some statistics. Who can I contact at upwork to see if you can help me with such information request?

Thnak you in advance.