Re: When to raise your rates

We've received questions from freelancers in the past on when or how they should go about raising their rates on Upwork. We thought this would be a great discussion for our newbies and experienced freelancers.  Have you successfully raised your rates in the past and how did you decide what your rates would be? 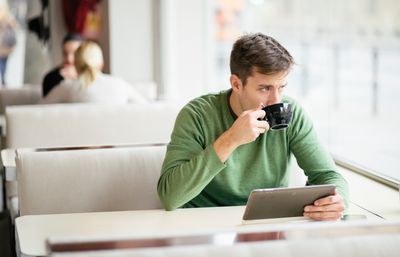 I didnt raise my rate intentionally. After the contract with my first client finished, I applied for a job that had a much higher rate than the old minimum rate, got it and that rate is now my 2015 rate.

There's no point trying to compete on price here, because even if you go down to stupidly low rates there's always some low-baller who'll underbid you. The only viable solution is to set a fair price for what you do and compete on quality. I tried competing on price when I started on Elance and it was the worst mistake I ever made. Well, apart from my second marriage. And going to Afghanistan. And that time the military police arrested me over a misunderstanding about some guns. And pretty much every time I've gone out drinking during the week.

If liberty means anything at all, it means the right to tell people what they do not want to hear.― George Orwell
31 Kudos
Reply

Thanks for the tip Fergus. I think I have a better idea of what to do now. You seem to have had a very adventurous life, but don't try to always look at it from the bottom of a glass.

I'm sorry, I can't help but object to your use of "more competitive in pricing your rate" to (apparently) mean "cheaper." Even when it comes to rate, cheaper is not necessarily more competitive. In my field, serious buyers will ignore providers (present company not intended!) whose rates indicate they neither know their market nor value their services.

Back to the general question: Raise your rates if they are below the market standards for your profession and the level of service you offer.

I see your point questioning "competitive" being equal to "cheaper". On the other hand, the reality is that there are many different kinds of clients posting jobs. Some of them are inexperienced with the process, some of them are amazed at the level of work they can get for less than minimum wage, and others, like you pointed out, have a "spare no expense" mentality that drives them to put together the best team possible.

Whatever the case, I think "competitive" is still the right word to use. I'm a recent transplant from Elance, where I found myself in constant competition with the same handful of other top freelancers in my field. I got a sense of who tended to bid what for which jobs by who eventually won the bid. I will say that in many of my winning bids, I was one of the highest bidders, but if the job looked like it was steady for the long term or had growth potential, I knew who/how to underbid to get the job. It was still way higher than minimum wage, for sure, but I knew what my REAL competitors were charging for the same work and what I was willing to take for it. It boiled down to flexibility in price for the right client.

For colleagues in my field, those are phrases that scream: cheapskate, wannapreneur, scammer, or farmer—run for the hills!

I have yet to work with a "spare no expense" client. I work with clients who know the value of my services, and the appropriate expense for value received..

edited to add: I see from your other post that you recognize that different strategies apply to different markets. I can only agree, based on your experience where your approach works for you. Thanks for your original acknowlegment, and your informed contribution to the discussion.

Though I usually don't lower my rates for trials or tests, I have done it successfully for a client who seemed legitimate in his specific intention to engage me over a six-month period. I was clear that the initial rate would be short-term only, and we transitioned smoothly to my regular rate once we'd sorted out our working method.

lol that's funny. People use that all the time with me and I say "oh that's nice. Well, if you have work in the future and it's a constant 20 or so hours, then we can discuss." That never happens of course.

I get that a lot too. Probably more than any other line.

Helpful Tips
Payment Delays in Bangladesh
Due to issues with BEFTN in Bangladesh, we are experiencing payment network delays. Your withdrawal payments may be delayed by 1-3 business days.
Learn More