How do I submit a payment dispute to Upwork?

I was recently recruited to work a very short term gig on Upwork. I used to work as a 911 operator and was contacted by someome looking to hire for a research project. Basically they invited me to the project so I submitted the proposal. The contractor contacted me and asked when I was abailavlbe as I would need to interact with other parties who were playing the part of 911 callers so this all had to be scheduled. We set a time for early the next day.

I logged in an we communicated through Upwork's messaging service. I asked the contractor to accept my proposal so I could submit payment after we were done. He stated that he was an employee and this was his bosses account, so he would have his boss change it once he was in work.

The actual work took place on a third party site that hosted a program that replicated a 911 text service, something that isn't available on Upwork. Throughout the working period we constantly communicated in the Upwork messaging system. This lasted for about 3 hours total. He said he would have his boss change the proposal status so I could get paid.

This was about a week ago, and after several messages I haven't heard back from him. Is there a next course of action I can take? I know I should not have done the work without payment escrow, that's on me, learned my lesson. Just wondering if there's any other steps I can take now?

No contract = No possibility to dispute = no payment 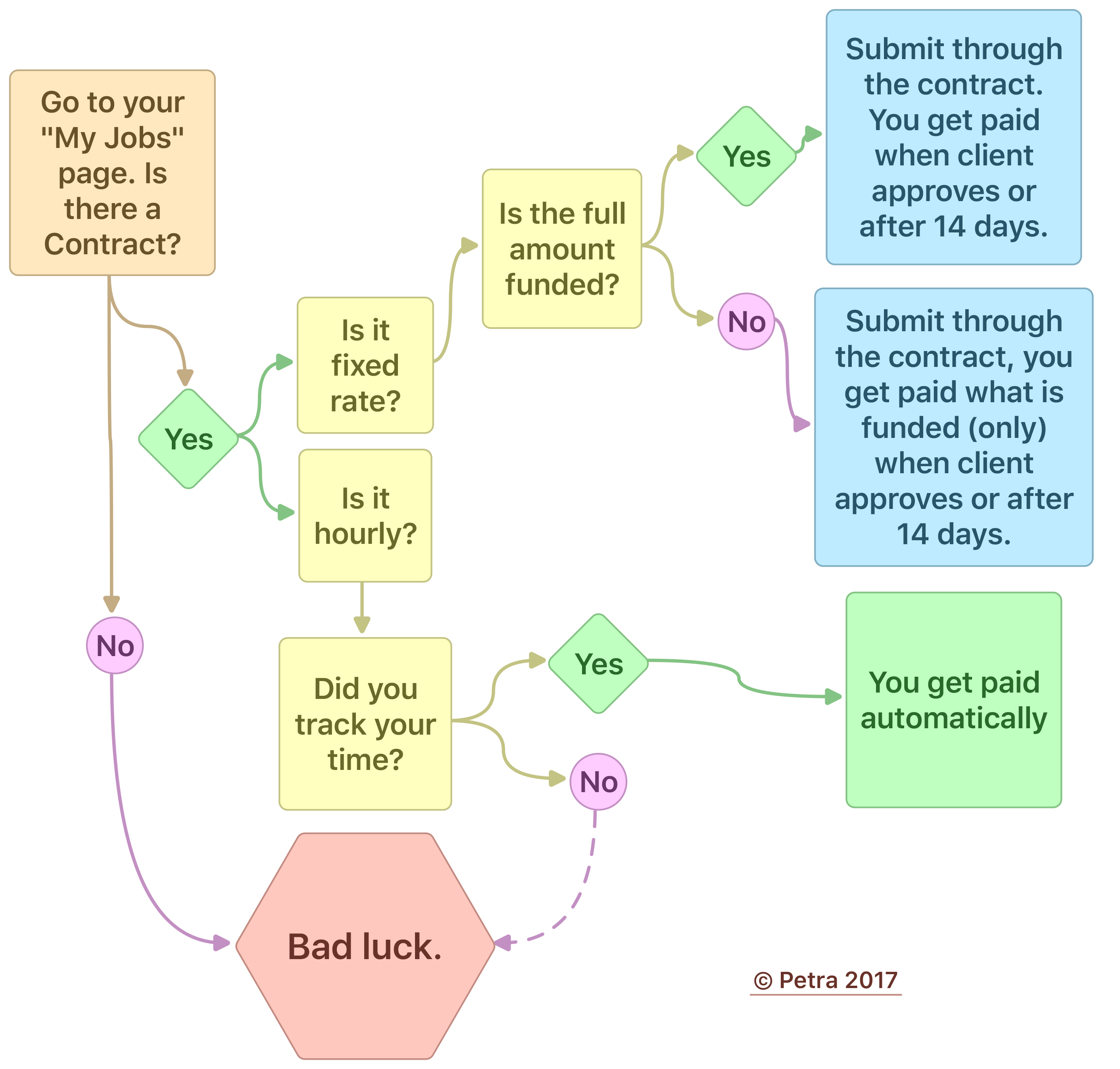