My JSS fell by 1% for the third tiem in a row, and I have already got my first invite since BEFORE the tiems it was higher than today. There is really a counter-proportion between JSS and chances of getting hired and earning jobs. At least for me.

No new contracts or feedback, but several short-term clients fell out of the 12-month window (good reviews but only one job). One new client from October added a milestone in December, probably converting him to a "long-term" client. All four of my current clients are milestone contracts, so no feedback from any of them. My long-term client percentage shifted to 29% during this 2 week period. My JSS increased by 1 point to 98.

This is how frustratingly arbitrary JSS often seems. My own feedback comments include: "[she] has a big heart… I have worked with [her] twice now and both times were a pleasure… a delight to work with… amazing person, just a pleasure to work on the same projects with her… awesome personality: very kind… a joy to work with… one of my favorite translators and people in general… a lovely person to work with… absolute pleasure… [she] made this project as fun as I was hoping it would be."  Which I reproduce here only to point out that I work VERY hard on CS.  (No harder than many of the rest of us. I know that my feedback is by no means unique!!) Yet, one scammer client (farmer) brought my JSS down to 86% when I first started, and a client whom I call "crazy FBI guy" gave me a one-star rating (only because he couldn't go any lower than a single star)--which tanked the JSS for months. It ain't all about Customer Service.

Were you top rated? I had my bad feedback removed with the perk. I've got plenty of no feedback too which is why I've thought for a while that it doesn't matter much. I have a few more to close too but I've been lazy.
0 Kudos
Reply

@Jennifer M wrote:
Were you top rated? I had my bad feedback removed with the perk. I've got plenty of no feedback too which is why I've thought for a while that it doesn't matter much. I have a few more to close too but I've been lazy.

Nope. Wasn't Top Rated at the time (at time of "Crazy FBI Guy") because of Scammer Farmer Guy.

Scammer Farmer Guy asked for French-to-English translations, and requested that I specifically give him multiple possibilities/words/options for certain French legal phrases. Until the very end of the job, all was very great: he was happy with the ongoing communications; it was a rush-rush-rush job, and I was finishing it on time and was sending him pages as I completed them. Then, after I delivered the super-rush final translation pages, despite his having seen most of the translated pages "in process" and his having been all happy with the ongoing work, he supposedly freaks out (now, at the very end) about the multiple words/options that I offered for the technical/legal phrases. Says: "What I am going to do with this? [Such-and-such] is 'storage unit,' you idiot, not 'bonded warehouse' !" To which I responded: "Ummm, this document deals with imports and tariffs, and 'bonded warehouse' is one of the accurate translations of the  original French word and it makes  perfect sense in this context." I wanted to add, "You idiot!"

So, Scammer Farmer Guy actually freaked out (or, anyway, he pretended to freak out) about my doing exactly what he asked for me to do, and exactly what I had been doing in the ongoing work: giving him multiple English options for technical. legal French words and phrases. He went on in his [faked] freak-out to say: "I can't do anything with this ridiculous junk! 'It could be this or it could be this!'You are a terrible translator and you have no idea what you doing! Now I waste all this time and I have to re-do work myself! [etc.]" Guess who wanted a full refund? Wasn't worth the effort or the fee to argue it with him. I just gave him the refund. He probably left me lousy private feedback, also.

Turns out that those were my only two bad client experiences on Upwork. One badly-timed scammer (because he came so early in my client/feedback list) and **Edited for Community Guidelines**started handing out one-star reviews to freelancers the exact week he hired me and another woman. (Her public feedback to "Crazy FBI Guy" says that he actually went so far as to threaten to call the police on her.) (He also maintains a personal web page that mentions his being stalked by the KGB and being conspired against by both the Governor of Virginia and--as of this month--even President Barack Obama. This is a webpage that Crazy FBI Guy/Nightmare Client disclosed to me only AFTER I accepted his job.)

"Crazy FBI Guy" (...) also maintains a personal web page that mentions his being stalked by the KGB and being conspired against by both the Governor of Virginia and--as of this month--even President Barack Obama.

First I don't appreciate being called crazy. And I would love to see what you would do if you were conspired against by Obama, McAuliffe and the KGB.

I know what you are doing. It's crystal clear that you're one of them. You won't take me alive. 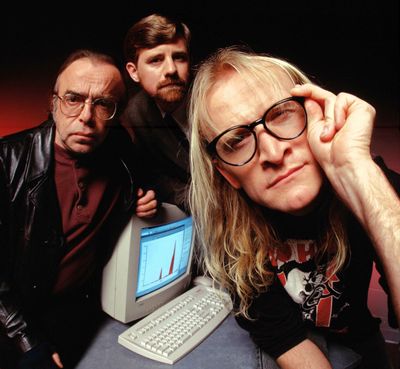