The system is designed to mess with us

I saw your reply and went back to my upwork wall to see the jobs they are recommending me. Here is an example this job was posted 3 years ago it has 50plus proposals the client last logged in 6 months ago and 0 hires. This job is in my RECOMMENDAtION**Edited for Community Guidelines**

It didn't take long for me to find this, in fact, half the jobs I found were like this or turned out to be like this after I had wasted my connects on them.

And my account has been made private, can't get jobs via invites. They are forcing me to even spend more connect.


And my account has been made private, can't get jobs via invites. They are forcing me to even spend more connect.

Were you getting good invitations before your account was set to private?

If so, have you considered taking a few minutes to contact customer service and ask that they make it public again?

Re the recommendations, yeah...they're crap. Don't pay any attention to those. They come from a very bad algorithm.

Mohamed B wrote:
I saw your reply and went back to my upwork wall to see the jobs they are recommending me. Here is an example this job was posted 3 years ago it has 50plus proposals the client last logged in 6 months ago and 0 hires. This job is in my RECOMMENDAtION
**Edited for Community Guidelines**

Try to use the Filter to select the type of jobs you need and then select NEWEST from dropdown. You can also save the filter and it will show you latest and appropriate jobs in your feed everytime.

The filter is awesome and can a lot of you time and effort. None of your connects will be wasted.

I wish Upwork would do away with that damned "last active" red herring. There's a pervasive and totally inaccurate belief among freelancers that clients whose stats show they haven't viewed a job in 10 days (or whatever) have abandoned it and never see proposals. In fact, the email updates Upwork sends highlighting proposals are so constant and overwhelming that there is no reason to visit the job posting unless you get an email about a freelancer who looks like a good fit. Some freelancers are emailed to the client three, four, or five times on the same job. Email subject lines falsely proclaim "You have new bids!" and then you're confronted with yet another email that includes freelancers you've been emailed multiple times before. Engaging with a job posting is a full-time job even if you never log in to Upwork.

Yes, 1000% yes. As a new freelancer I was focused on this stats and mine, none of which really mean anything relevant.  I wish Upwork would take a hard look at the data/stats they provide and eliminate the ones that are misleading and/or meaningless.

And, I may have said this in the past, but I really loath that an accepted invitation to interview = "interview." Really you are invited to submit a proposal, if you submit a proposal and it's accepted you are interviewing (in theory).  I know it sounds like semantics, but it's really not.

Mohamed B wrote:
There is no system whatsoever that is as flawed as this system.

Check out my recent post "Dissatisfied with Upwork at present" where I have mentioned similar and some additional issues as I want UpWork to consider my suggestions for further betterment of the system for everyone at large.

We will begin collecting GST/HST and QST numbers from clients and freelancers who are registered for Canadian Tax purposes. Learn about the steps to take before Canadian tax collection starts. 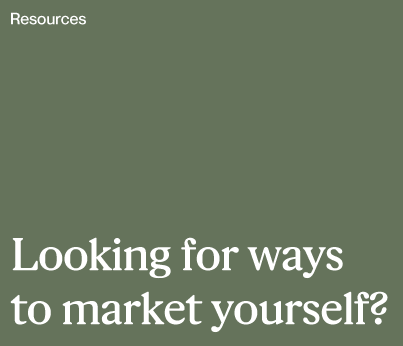 Looking for ways to market yourself?

We've chosen some of our best resources for independent professionals looking to propel your business. Check out our selection of best practices and practical guidance to help get you noticed.

Learn top tips and best practices to showcase your Project Catalog offerings. Gain helpful insights to propel your projects and get them in front of more clients.

Join the conversation and hear thought-provoking stories shared by freelancers from around the world about building successful businesses and redefining the meaning of "workday" for themselves.